Known as “Mr. Blueprint,” Richard Krawczyk is a best-selling author, human potential expert, motivational keynote speaker, business strategist, and most important of all, a father. His credentials include a lifetime of entrepreneurial success. He is a leading authority in the areas of achievement, motivation and peak performance.

He firmly believes that if you live your life with passion, you will create life-long success. Richard’s powerful message of knowledge, opportunity and action make him a worldwide crowd favorite. He created the Ultimate Success Blueprint featuring the ELATE System, and authored the #1 best-selling book Financial Aerobics.

While others focus on money, Richard reminds us that there is more to success than just money. You can become successful in all areas of your life: emotionally, spiritually, financially and in health. Based on these principles, he founded Success Now International – a leading personal and business development training company. 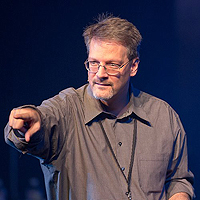 Perry Marshall is best known as the web’s foremost authority on pay-per-click marketing, and the author of The Definitive Guide to Google AdWords. But his latest book, which took 10 years of research to complete, is 80/20 Sales and Marketing.

Perry says the greatest secret to success is MASTERY of the 80/20 principle, because when you know how to walk into any situation and identify the 80/20’s, you can solve almost ANY money problem… any traffic problem… any conversion problem. He says most people THINK they understand 80/20, but not one person in 1,000 actually does. And knowing the 80/20 principle allows you to fix your own business, or fix other peoples’ businesses. It has levers within levers, so that 1% changes can trigger 50% profits. 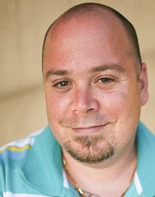 Erik Stafford is the owner of Stafford Marketing and you’ve probably seen his work in mainstream magazines and newspapers, in the print and television campaigns of large corporations, on successful entrepreneurs’ websites, and in the work of hundreds of marketers who’ve used my design and copy tactics to boost their own sales.

He comes from an advertising and design background and have won numerous awards over the past fifteen years, including several AAF-ADDY Awards. He has worked with a wide range of companies around the globe as Creative Director at ISOOSI Innovative Marketing Studio. Carlos Fernandes is the Founder and CEO of ISOOSI. He believes firmly that their success is pinned on the success of their clients and with that work ethic has molded the company into an academy of excellence and a haven for creative thinking.

He has successfully built several businesses (from concept through to sale) and his entrepreneurial talent and creative flare have led him to be acknowledged in the UK, the Caribbean and North America as an inspired and resourceful business leader. 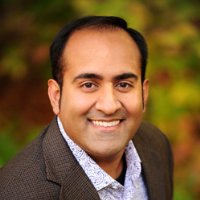 He is the author of four best-selling marketing books, CEO & Founder of the Influential Marketing Group and Professor of Global Marketing at Georgetown University. An early marketing pioneer, Rohit co-founded the world’s largest team of social media strategists back in 2004 and spent more than a decade leading digital strategy at two of the largest marketing agencies in the world.

The Influential Marketing Group was created to offer more personalized Digital CMO style consulting for brands and selected startups.  He is a sought after speaker on marketing, social media and the future of business – and has delivered “non-boring” keynotes to audiences from 20 to 5000 at respected events including TEDx (multiple), SXSW, the World Communication Forum (Davos) and at hundreds more events across close to 30 countries… and counting. One of his best-known books is the award-winning Likeonomics: The Unexpected Truth Behind Earning Trust, Influencing Behavior, and Inspiring Action.

The book offers a new vision of a world beyond Facebook where personal relationships, likeability, brutal honesty, extreme simplicity, and basic humanity are behind everything from multi-million dollar mergers to record-breaking product sales. There is a real ROI to likeability, and exactly how big it is will amaze you. His latest book is Always Eat Left Handed: 15 Surprisingly Simple Secrets Of Success. The tips in this book will change how think about your own success and give you concrete actionable lessons on how to actually put the secrets to work in your own life.

Most advice is obvious, and often delivered by people who are hopelessly romantic about the power of their own mistakes. But this book gives entertaining lessons and tried-and-true words of wisdom beyond the obvious and oft-repeated “Make mistakes. Do what you love. Take risks. Never give up.” 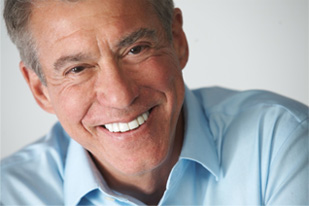 Be Unreasonable for Business Success with Paul Lemberg How can small business owners become wealthy? Paul Lemberg knows, and part of his advice is to Be Unreasonable — which is also the title of one of his bestselling books.

Paul Lemberg has worked directly with the owners of around 150 “small businesses” from North and South America, Europe and Asia. He has coached and advised them to achieve greater success, double and triple their profits, and sometimes grow their companies more than tenfold. But he has worked big companies too, including executives from dozens of Fortune-100 companies like Cisco, Goldman Sachs, Accenture, Adobe Software, Mass Mutual, and JP Morgan/Chase.

He was one of the world’s first business coaches, has authored three books, and his work has been featured in over eighty magazines and publications including the New York Times, the Los Angeles Times, and Bottom Line Personal. He has also appeared on TV shows like Good Morning America, CNN, Financial News Network, and dozens of national radio programs. 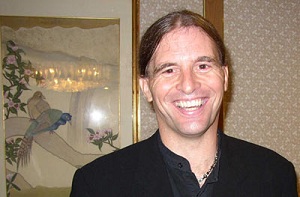 How to Unleash the Power of Crowds – Think and Grow Rich

Imagine bringing the wisdom and lessons of Think and Grow Rich to a new generation, adapting it so that today’s population, growing up in a different world, can learn about this in a inspiring way… social, mobile, and viral! Our guest is Declan Dunn, pioneer in internet marketing and new media, an expert on customer relations, conversions, retention and ROI.

Plus the power of crowd funding and IndieGoGo to build an audience.